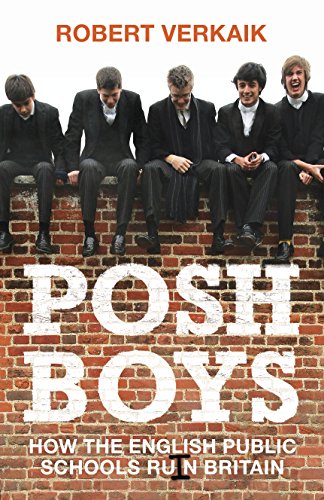 Imagine a world where leaders are able to pass power directly to their children. These children are plucked from their nurseries and sent to beautiful compounds far away from all the other children. They are provided with all the teachers they need, the best facilities, doctors and food. Every day they are told this is because they are the brightest and most important children in the world.


Years later they are presented with the best jobs, the grandest houses and most of the money. Through their networks of friends and family they control the government, the army, the police and the country’s finances. They claim everyone is equal, that each person has a chance to become a leader. But this isn’t true.


If such a world existed today wouldn’t we say it was unfair, even corrupt? With Posh Boys Robert Verkaik issues a searing indictment of the public school system and outlines how, through meaningful reform, we can make society fairer for all.